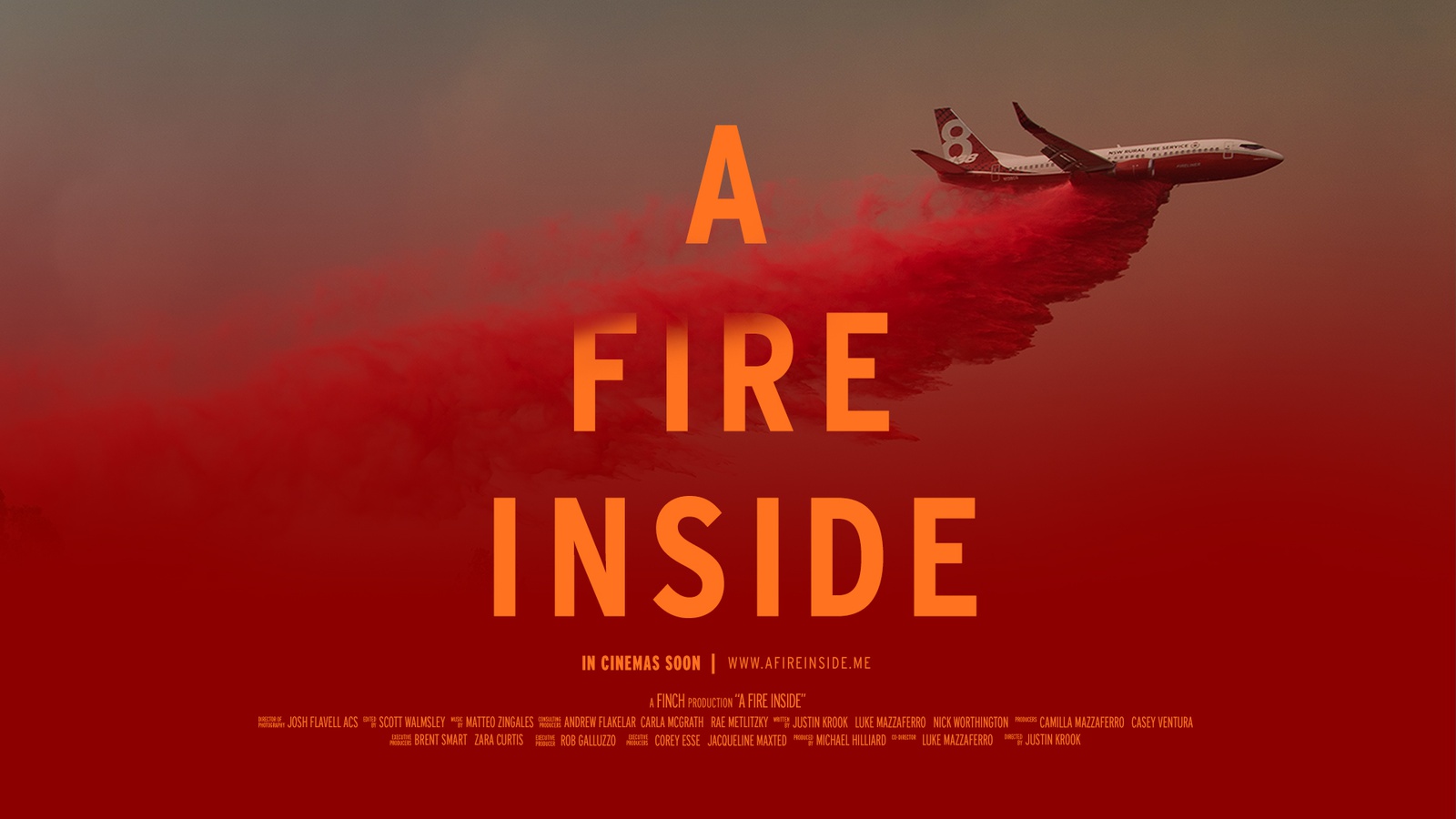 WATCH THE FILM, READ THE BOOK, JOIN THE CORPS.

NRMA released A FIRE INSIDE – a significant project including a feature documentary and a book – to create a national movement in partnership with Minderoo Foundation to mobilize Australia’s largest contingency of volunteers to prepare and protect Australia from future natural disasters.

Our role was to create branding for the documentary, and main title sequence; from conception to delivery.  A multi-faceted campaign was launched in Australia for the film that saw our design being deployed on street posters, billboards, adshells and online in the form of animated posters and gif loops. Our branding was also utilised on a book cover and an exhibition of Mathew Abbott’s photography. 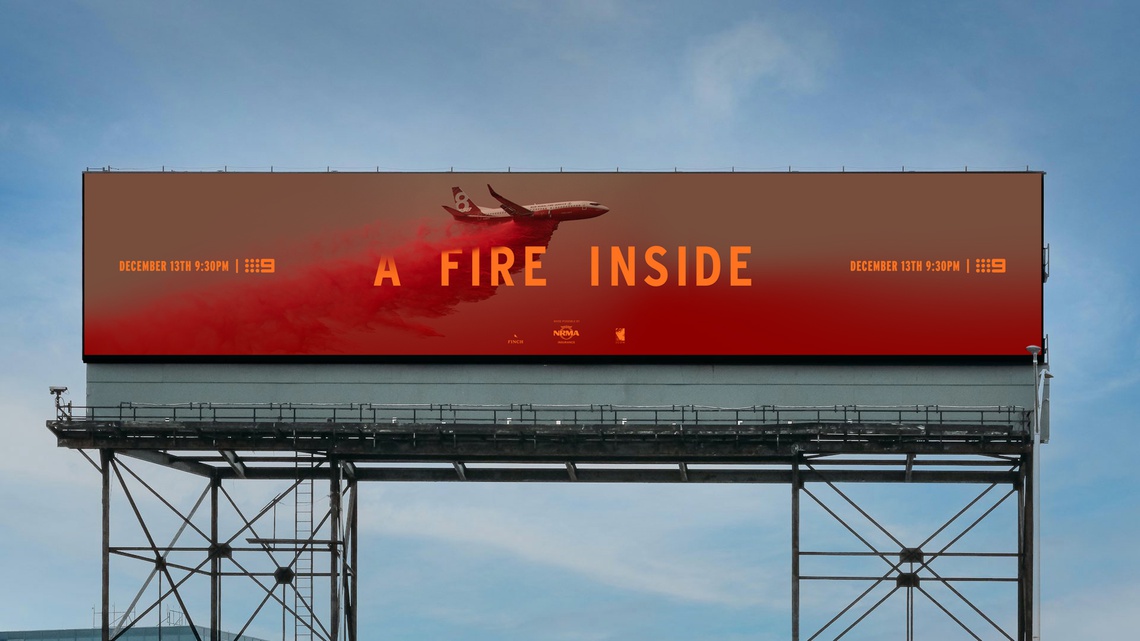 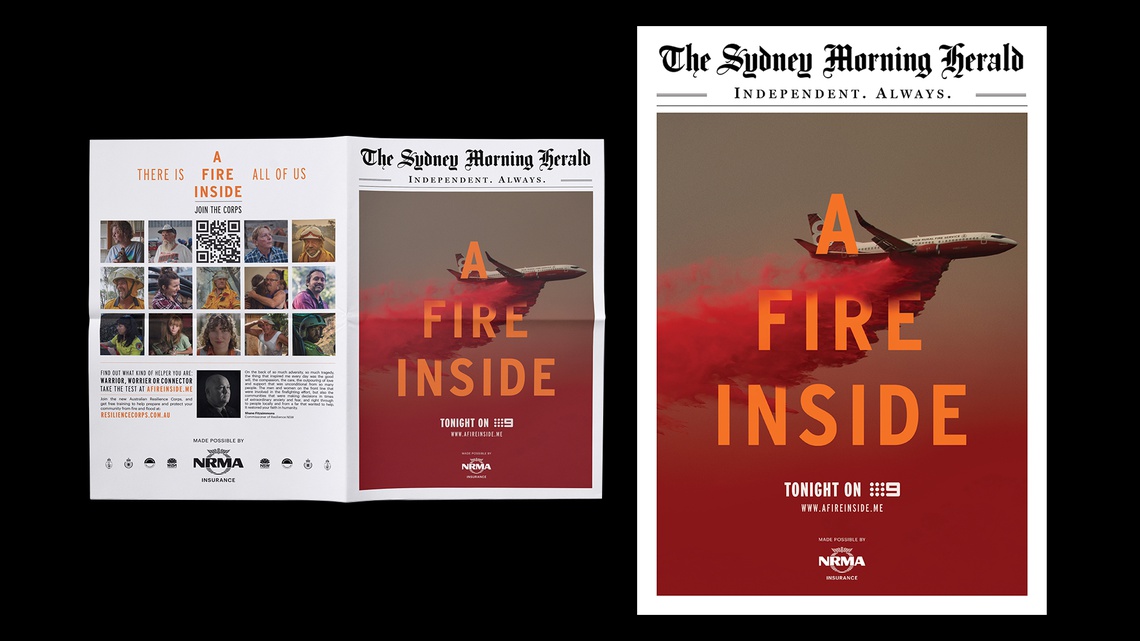 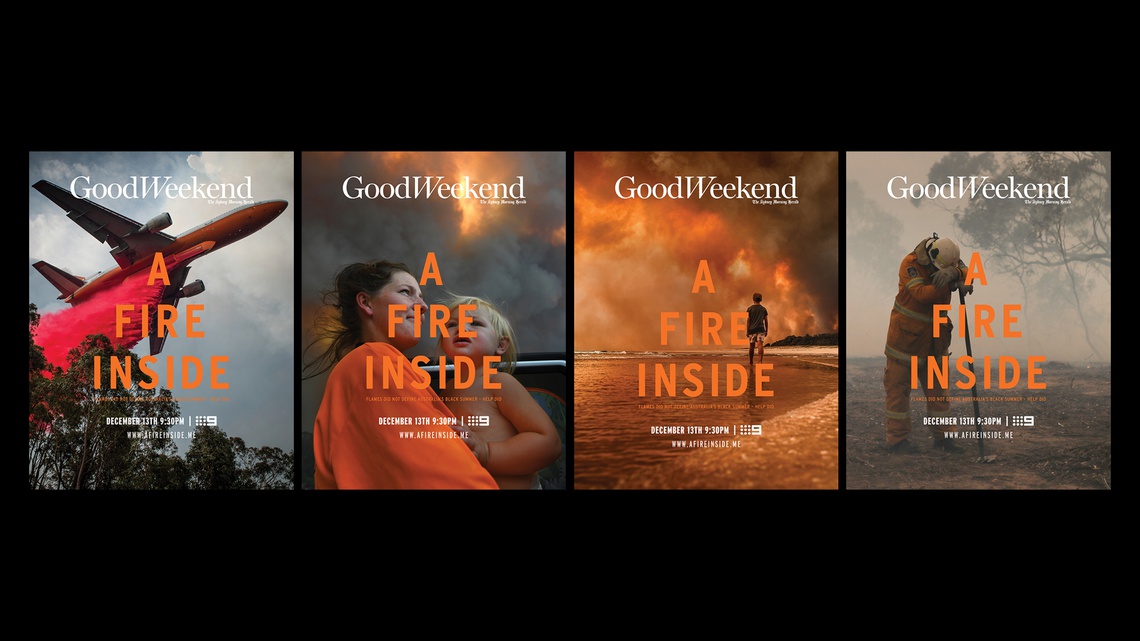